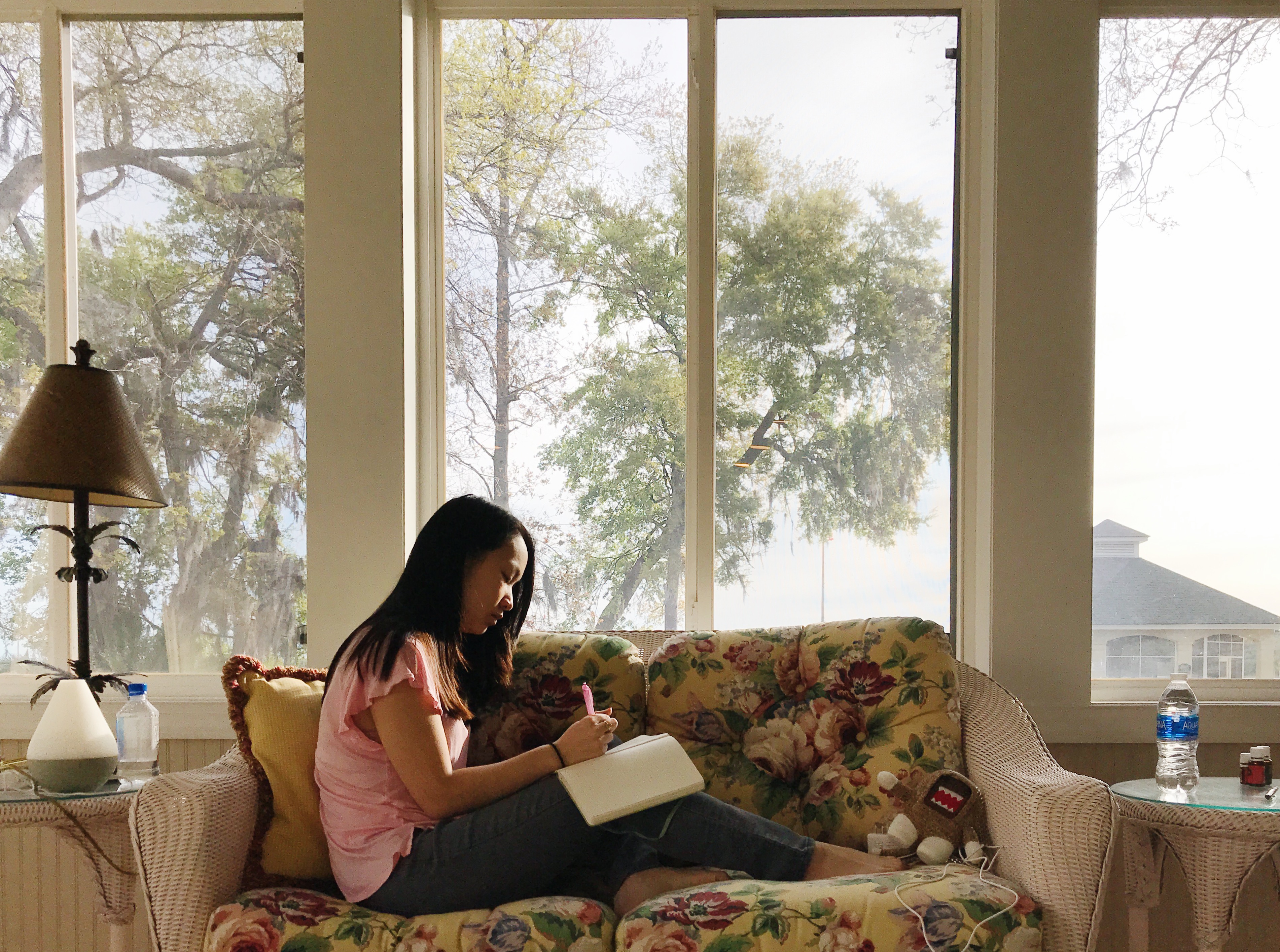 I want to reach for God the way I reach for my phone – when I’m bored, when I’m uncomfortable, when I need answers or entertainment, when I’m lonely and need someone to talk to. – Cory Asbury

Giving up social media for 47 days for Lent was the easiest thing I’ve ever done, but having all of that extra time and space during the day to sit with my thoughts and feelings was harder and way more uncomfortable than I ever thought it would be. School and life threw me some curveballs that I truly don’t feel like I could’ve handled had I been on social media (looking at you, unwanted sleep deprivation), and taking something out of your life that doesn’t always serve you is such a nice reset for your soul. You can read my original words on Lent here.

We don’t always think about how much time we spend on our phones and how we sneak in social media into every little moment of our daily lives: when we’re waiting in line at the grocery store, while we’re waiting for a traffic light to turn, even when we’re sitting in someone else’s presence. It hurts my heart that the one thing we need most in this world is other people to lean on, laugh with, and to just do life with, yet we’re replacing them with glowing screens and push notifications. I can’t justify spending the majority of my time scrolling on social media when there’s a whole world and human race out there aching to be seen for all its worth. We were made for community. We were made to lift others up. We were made for true connection that cannot be fulfilled from a screen.

In all honesty, the thought of going back on social media stressed me out and made me a little anxious. I’ve been seriously wrestling with how I think about and use social media for the last year or so, and these ideas kept sitting with me. I’ve decided that if I’m going to be on social media, then:

It’s so easy to get discouraged, feel left out, and start the dirty game of comparison when you’re constantly seeing the highlight reels of others’ lives. It’s convenient to opt out of truly investing in other people’s lives when you can just see what they’re up to on a screen throughout the day.

My intention for this Lenten season was to only investigate my own life, not the lives of others. I wanted to make as much effort as possible to spend the time that I usually would be on social media in God’s word, making space for Him, and showing up for others. I hoped that in doing so, I would make more time to invest in not just my life, but also in the lives of others, and praise God, that’s exactly what happened.

The Favorites:
Here are some of my favorite things I came across and held onto during the Lenten season.

Now that I’ve been off of social media for so long, I can’t go back on it in the same way as before, and that was the whole point. When I was spending my time in truth, everything else just feels like a waste. I’ve gone on Twitter and Instagram a few times in the last few days, but I don’t feel the need or desire to be on it nearly as often as I used to, nor do I feel like it gives me as much satisfaction as it once did. I’m setting boundaries and making sure that I’m using it more intentionally and in healthy ways. I listened to two podcast episodes about how social media affects the brain, which helped me formulate how I was moving forward and slowly back into the whole realm of social media. You can listen to both of these episodes here and here.

I’m seriously limiting my time on social media; I don’t check social media when I’m out and about or at work – only when I’m home and no one else is around. I have limited time with my roommates and friends here, and I don’t want to spend my time with them doing anything else but being fully present with them.

I’m limiting who I follow on each platform. I only want to follow accounts that inspire and give me life and don’t make me feel like I’m in a competition ring to see who’s life is more picture-worthy. My favorite words on comparison can be read here.

I’m consciously choosing to be in the Word over the world at the start of each day. I will not allow myself to go on social media for the day unless I’ve gone to the truth first. And for real, if I put this in writing on the internet I swear I’ll stick to it because the guilt of knowing that this is out there for the world to read holds me accountable. We are told in Colossians to set our minds on things above, and in Philippians we are told to think on things that are true, honorable, just, pure, lovely, commendable, things of excellence and things worthy of praise. It doesn’t feel right to start each and every new day with anything less than these things.

I didn’t want to think of this whole ordeal as me “giving up” something, but rather “making more room” for other things that will serve me far more than anything I can get from scrolling through the lives of other people. I had more time to truly invest in and be fully present with the people around me, and more importantly, to meditate on God’s word, truth, and promises.

When you make more room in your life for Him, God shows up in the sweetest ways possible and in ways that you never knew you needed. He’s already there, waiting for us, pursuing us, calling us back to Him. All that He asks us to do is to meet Him there.

This Lenten season was an absolute whirlwind that grew me and changed me. It was the most calm, serene period of time I’ve had in a very long time, and I’m so glad that I was wholly there for all of it without the world of social media screaming for my attention.

You'll be notified about new blog posts and receive a list of my life's happenings, hobbies, things I'm thinking about, and loving.